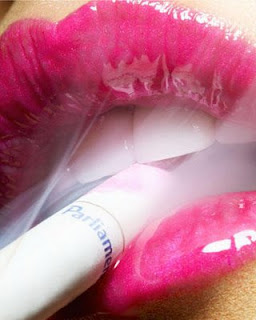 there's a point where death no longer fears you, its a strange area where the prospect of escape actually excites and keeps your heart beating as opposed to the slow death that life now offers. usually this type of experience is common in war vets, mercenaries, the traumatized, or those who know that death is just the transition. looking down the barrel of a gun is like looking down the space time continuum, knowing that a bullet ride away is just a station on a long journey, just like sleep, death is another country, another experience. junky despite his primate logic had hung out with me long enough to know death was not really going to phase me. he smiled, winked at me and put the gun back.
the girl was smoking a joint and looked upset, 'Why didn't ya waste him Junky?'
'Shut up bitch, go get me some smack and no cutting me short.'
She wandered of cursing.
Which left me and Junky in a kinda awkward cross road.
I knew i had the upper hand here as the problem with all these primates is they suffer from massive insecurities, especially around potential mates. It's the survival instinct, humans have had it knocked out of them, whereas animals are enslaved by the drive.
'She's gonna drop you like a hot potato Junky. You know what these girls are like.'
'Actually i don't Mission. It's my first interspecies relationship. She said she wanted to marry me and start a family. Sooner or later a chimp like me thinks about settling down.'
'Yeah that's what they all say Junky. At first its all cool, hunky dory, then, just as you get all cozy they're off. Especially a girl like her.'
'What's so special about her.'
'She's beautiful right. Nice shape, smart, the way she moves is kinda like an erotic wave. She's got good skin, nice big seductive sparkling eyes that lure you in.'
'Yeah,' Junky said, 'so what?'
'She's a red head.'
'Yeah, what about it.'
'Trouble.'
For a moment he looked at me all quietly and curious. The sun was high in the sky now, but we were shaded by the canopy, a butterfly flew around erratically. I could see that Junky had some sort of credibility amongst these tribespeople, he was a monkey of many means despite his smack habit and sexual deviancy. The girl came back and handed Junky a joint. He passed me it and lit it. I sucked in hard and enjoyed the smoke. She looked at me knowing the seeds of doubt had been planted.
'Fucking hell Junky you should kill him. Let me have the gun, i'll do it.'
'Nope. Get in the hut.'
Junky mummbled something about Brazil. He winked at me and beckoned over to where the tribespeople were watching, one by one they went into the hut a little more solemnly than when they came out.
Junky took the joint from my mouth and said, 'I don't need the bitch anyways.'
He ran towards the jungle, grabbed a banana and swung of on a vine, the joint still dangling between his lips.
That was the last i saw of him although i had reports of him gun running in Peru and running brothels in central Lima.
Later i found myself freed, and invited to a special banquet in my honour. I ate and drunk and pondered what happened to the redhead. As i bit into a piece of soft chewy fibre i could feel something alien in my mouth, caught upon my tongue. I pulled out a fine strand of hair. Red. Trouble.
Posted by captain mission at Sunday, July 20, 2008