commitment, sometimes you want it, sometimes you don't, what is it i find myself wondering?
for me, it's a feeling.
it's not something tied up in material wealth, security or control, it's a feeling about soul type connections and mental satisfaction. i'd be lying if i said sex did not factor into the equation, but that's usually an expression of the other persons qualities. mostly it's about taking a risk. a leap over an abyss, hoping to be caught in open arms or accept the fall. i put a lot of expectation upon being caught because no one sane wants to fall. and wether expectation is wrong or right, it's just natural because no one wants to die emotionally or physically.  the responsibility is all mine, not the other person. i have to trust my heart enough to know before i leap.
often with certain people i get the timeline revealed. a future, our future rolls out and i see the potential. with some people the potential is unlimited with others it's reduced. currently i am free from commitment, yet there are people around me who want it from me. it's really nice as they are very honest with me, and i appreciate that. it's nice to be wanted.
paradoxically i am in a fate crossroads.
the more i push this person away, the more she wants me but to be honest i would find it very difficult to engage in anything outside of sex with this person and that's why i feel instinctively, no commitment.
in the meantime, i have work at home to do, a garage that needs converting, a garden that requires immediate attention, a few hundred books to read!
i had to take a break from 'criminal history of mankind' as it was extremely intense and weighty, i figure i will endeavour to continue a chapter at a time, in the intervals i will read a short novel. the book i am halfway through is called, 'vicious' and it is about a week lou reed had in the year he took off after 'loaded' when he returned to work at his dad's office as a clerk. it's really quite good, and if you are a lou reed nut you will recognise all the characters and implications, certain inspirations and influences. but more than that, the story is great. 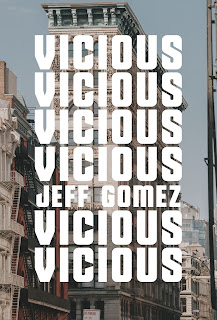