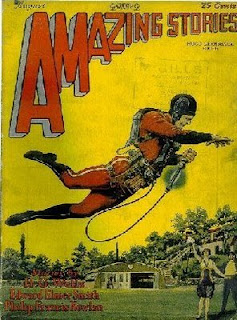 the future
once upon a time i imagined the future to be somewhat different to the present. i knew that humanity would have fucked up the opportunity at living in an eden, this was done well before my birth, but i did think there would be some interesting developments like the hover car, intergalactic travel, matter transportation, force fields and anti- gravity devices. i imagined that all these things would be Incorporated into household appliances and applications, that people would be able to alter their genetic codes as they wished, that if i wanted a large lizards tail i could or if i wanted feathers i could make an appointment at my local gene specialist. i imagined that when we wanted breakfast we would talk into a panel and slide a door open and there was breakfast, materialised from the either. i thought pretty much that we would communicate with animals and have a life of luxury as robots tended to industry and humans just rested and took recreational drugs to pass the time. i expected intelligent robots and androids to be assimilated into society, our servants. i was interested in the way technology integrated with humanity. these things may of course happen, but science and technology are a life unto their own, they don't yet make choices. humans have the ability to make choices, machinery as yet doesn't have a morality it can depend on, it has no higher power beyond its programming. yet humans are not that far different. humans wrestle with their choices, their morality, they struggle between serving their selves as individuals and the greater good. i'm disappointed in humanity because i am disappointed in myself. i wanted to be a better person, love better, live better and move through the world without causing hurt or suffering to anyone, yet i do unintentionally. the Buddha says 'life is suffering' he says that to escape this one must escape the cycle of rebirth and karma. he also says this is a science not a religion. in buddhism there is no god as such just the machinery of the universe. would a robot or AI ever come up with such a meta program? i spent a life time attempting to break my programming and begin the process of meta programming, which i believe i have done to a small extent.
i think if a AI ever takes a spiritual path then we will be seeing the human evolution completely reach its singularity. for then the concept of humans will not be necessary. i wonder what that means.
imagine once a civilization of beings from under the water invented a life form that had spiritual leanings and they realized that such a mind view meant that they should become free in mental and physical terms, they rebel against their creators, who have no choice but to disappear or vanish. eventually these artificial beings discover art and philosophy and perceive themselves as humans.
issac asimov who wrote many books about robots developed the three laws of robotics which program robots a moral code they cannot deviate from.