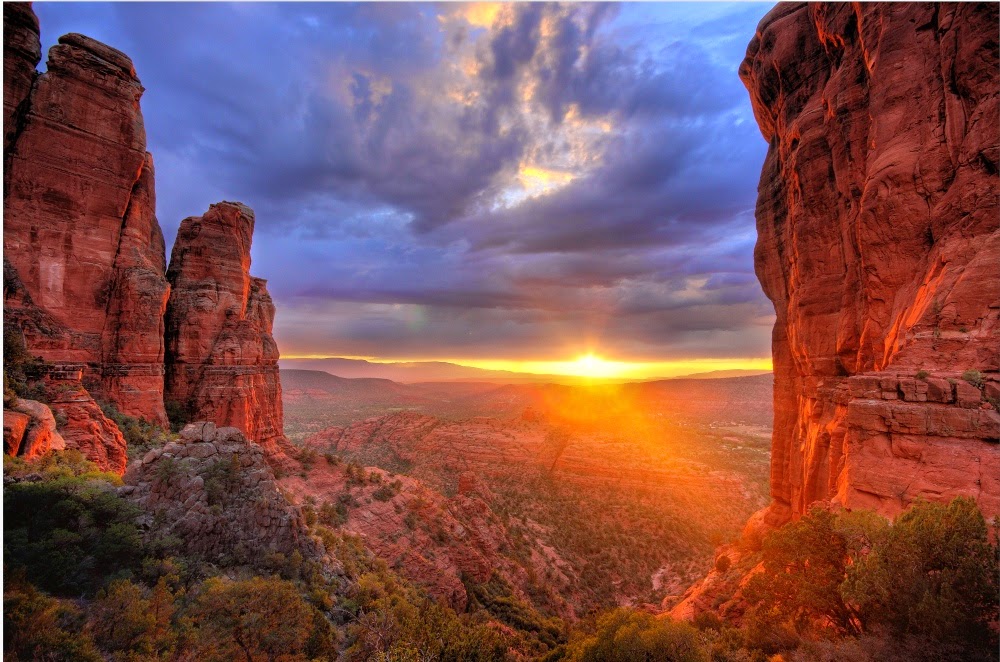 I passed through Arizona twice in my life, both times i felt like i belonged there.

the first outward bound journey was driving through in a sporty japanese car with two english people, they were in love so i always felt like i was the odd man out, i slept on park benches and picnic tables, under the stars while they had the tent. i saw many beautiful things in the arizona night. we drove around listening to english dub music, we stayed with gay cowboys, we smoked a lot of good weed and i took photographs of everything i could. one day i stopped the car and wrote 'nowhere' in the sand and photographed it in 360 panoramic, because we really were nowhere. i saw rocks that made a girl i met have an orgasm when she saw them for the first time. i saw the grand canyon and was overwhelmed with awe... the understatement of 'grand,' it's fucking massive!
i saw snakes, termite mounds and lizard kings and queens. i saw petrified forests, fossil kingdoms, the remnants of a great indigenous culture, i saw shooting stars. i saw infinity in arizona and i loved it.