so some big corporative head lady from the evil drug company admits there were no scientific studies in the vaccines when it came to stopping the virus. no science!
but we were told to trust 'the science,' and while i was quite vocal in the idea that the science is politicised and incorrect oh how people loved to take me down. family, friends, all scoffed and laughed at me. the freak from down under!
i'm sorry, i wish i were wrong but you all swallowed the oldest trick in the book. except ironically my mum.
so after millions of deaths from the jabs, a number that will increase, some people are now reviewing the scam-demic. or corona19-84 as i like to call it.
if there was no science in the vaccine who was pushing 'trust the science' upon us all.
world leaders, hollywood celebs, rage against the machine, neil young and the foo fighters and springsteen and the corrupt institutions that lord it over us.
the banking industry is now pushing aggressively to enable a centralised digital currency, it's all about controlling us. the banks have no cash, they can't back it therefore all the cash being printed to bail out biden and the west after covid is just paper. the arab states, russia and smart countries are abandoning the dollar, and thus the american empire needs war. all wars are usually bankers wars. not jews, not alien lizards but banks. remember jews only owned banks because not one of the banks would lend money to jews so they started their own. (that bit often gets missed out in conspiracy theories) however as i learn, i dig into the khazar mafia and intuitively see something in that. more information is needed but i will get to the truth off it.
anyway my friend is writing a report for the australian government, it's about the situation that julian assange is in, i hope it's effective and he is released back to australia under protection. 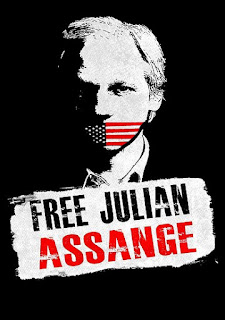 on the brink of war, and the amazing news is that world leaders will not discuss the conflict, even though putin will attend. nope, on the agenda is pandemic control and energy sustainability.
whatever you think, the cosmic cycles are completing their rotation, you can see the patterns,  see where it will go, it's very predictable to me, which makes me lots of enemies. personally, i am fantastic, great health, great positive vibe, optimistic about myself and paradoxically very much on top of it all.
Posted by captain mission at Thursday, October 13, 2022