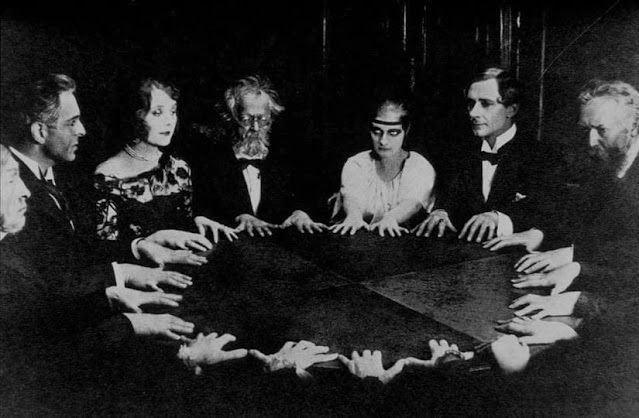 over the last few weeks i have been assisting a scientist conduct an experiment with a ouji board.  we met a few weeks ago and got along quite well, his obvious interest in occult and parapsychology was science based so we shared a few stories and background experiences.

he rented a studio where he unveiled the board, brand new and set it up under camera and lights, he wore a blindfold, i was there to make sure it was all kosher and to open the ceremony.

we did this for a period of three weeks.

the results were inconclusive but there were some very strange events that occurred.  his body began to shake, we got some spelling but as the sessions were timed never enough to complete anything meaningful. he reported a few peculiar sensations.

anyway, that's what i have been up to.