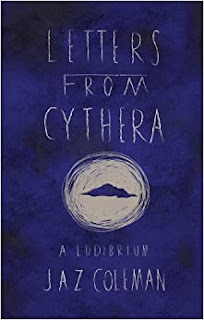 not often do i come across a book rich with the kind of information i require for my brain, my mind and it's imagination, especially in the autobiography field. biographies are mostly filled with ego based models of constructed fantasy and illusion, the are a few that are breathtakingly bold, crowley's is brilliantly engaging but his smack addiction pours through some of the book as his writing becomes more gregarious as the book progresses, however it maintains it's readability and was illuminating and enjoyable. klaus kinski's biography is brilliant, i loved it yet it probably could never get published nowadays in todays repressive climate. i read dylans book 'chronicles' which is well written but didn't hold me as well as others, but it's hard for a rock star to write a biography that breaks rules and smashes through the idea of bestseller. elvis costello's was middle of the road, steve kilbeys was just like having him pop over for tea and chat about the high and low points of his journey, donald fagan's 'eminent hipsters' was literate and atypical, a real gem, the rest of them not worth mentioning. i would have liked to have read bowies, he would have doe something creative with the genre.however at the moment i am reading, 'voyage to cytherea,' by jaz coleman and i have to say here is an autobiography that is simply outstanding. not only is it well written, well laid out and presented. this is a book filled with information, a totally inspirational book. i don't necessarily agree politically with him but my respect for him has increased so much. i recall seeing killing joke just after their first album was out, a hard funky post punk band with a tribal energy. they were great but after the 'brighter than a thousand suns' album i lost interest as they became harder and more metal based. occasionally i'd hear a track i liked, some melodic type of tune. jaz always was an energy man, onstage and yet he was also a renaissance man, which i am just discovering. this book will disappear for a while so grab a copy while you can, because it will be considered the greatest autobiography by a rock star ever written in time. in fact it's not really an autobiography, its what jaz calls a ludibrium ( a word i had to look up) and it's filled with esoteric knowledge and wisdom. yeah there are verbose moments, but i feel genius has the self capacity to avoid aggregating themselves, and as jaz says in his jungian passages he is composed of many selves. i've very rarely read a book where i completely relate to the persona of the author but i feel like i know this man very well or that we will cross paths. maybe in new zealand  in the not to distant future.  he seems to have uncovered a rich tradition and pursued it with such passion and reverence, while maintaining a hedonistic approach, he conquers intellectual boundaries and penetrates self education, realisation and synthesis or as jaz calls it super synthesis.