i've always thought steven king writes great short stories, but very few of his novels work for me. okay 'christine' is excellent, and i loved 'pet cemetery' as it explores grief so well. but if you have not read short stories like, 'apt pupil, the road virus heads north, survivor type,' then you are missing out.

many attempt to imitate his work in their novels, and imitations usually fail for me. i need something that is distinctly unique and less formulaic than his novels. so when i picked up imaginary friend by stephen chbosky, the author of 'perks of being a wallflower' i was hoping to find something original but instead found a b grade novel that could have been a bad king book. i mean it's well written and parts of it are very interesting but it's basically a christian horror novel and therefore falls into a predictable pattern. i liked the characters, the idea although it became to messy at the end, i liked the imagery but it became sentimental and weakened the whole concept. anyway, i would say unless you really like king novels don't read it. 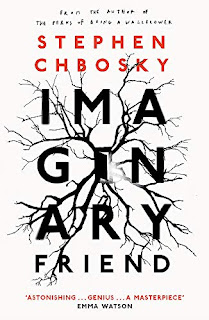 while i was laid up for a couple of weeks i also read thursday murder club, by some english well connected comedy writer whose name i think is richard osman. ah here it is. anyway's he writes a murder novel about four old retirees in a upper class type retirement village. he's very good at being sensitive to the characters and gives them all a certain dignity but it's just a crap middle of the road novel i'd never really want to read but it was the only book available for a week. anyway, it's pointless as far as i'm concerned. 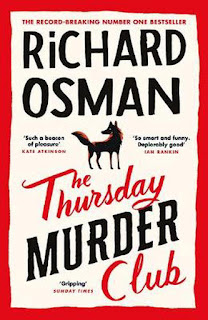